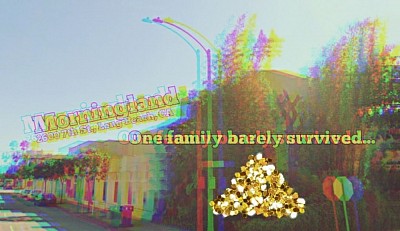 "I find I seek to die, and seeking death I find life". Shakespeare

"There comes a low point in everyone's life at some time or another. I reached mine in 2014 in Las Vegas. I had gone to Vegas to pursue entertainment writing and had landed a "job" with a major news outlet that covered The Strip and was well distributed. That was a good break. But it soon dwindled out. I wrote for myself too, garnering readers by covering shows and comedians. I moved there alone and my Mother who was in Portland at the time came to join me months later, maybe even a year later.

She had moved from Long Beach to Portland because of me. After we moved in together in Portland life conversations happened. A conversation so large that I had waited over 20 years to discuss with her had started to happen. I did not want it to, but some of her words forced it on me. It was beyond uncomfortable, it was life stopping."

My relationship with my twin did not survive, but I have the support of my mother in stepping forward.

Though the original founders died long ago, Dan Sperato in 1976 and Patricia Sperato in 2003, there are three people they trained who participated in the destruction of my family still living illegally at 2600 E. 7th St., Long Beach, CA.

There is no shortage of amazement with the lawyer for the church having been Ed Masry (of Erin Brochovich fame, now deceased), a bribery charge involving state officials, a raid by the California Attorney General, a bomb scare that nearly took my life, sexual trafficking and family separation.

Finally confronting this life trauma was like walking across the Sahara Desert alone. I assure you that the book will reveal a shocking story that has never been told.

This site uses cookies to offer you a better browsing experience.
You can accept them all, or choose the kinds of cookies you are happy to allow.
Privacy settings
Choose which cookies you wish to allow while you browse this website. Please note that some cookies cannot be turned off, because without them the website would not function.
Essential
To prevent spam this site uses Google Recaptcha in its contact forms.

This site may also use cookies for ecommerce and payment systems which are essential for the website to function properly.

Google Services
This site uses cookies from Google to access data such as the pages you visit and your IP address. Google services on this website may include:

Data Driven
This site may use AddThis:
- AddThis is a social widget which collects and shares user behavior with third parties.